Once a backup catcher who went unnoticed and ignored, Sandy Leon couldn’t have had a bigger turnaround than he has had so far. 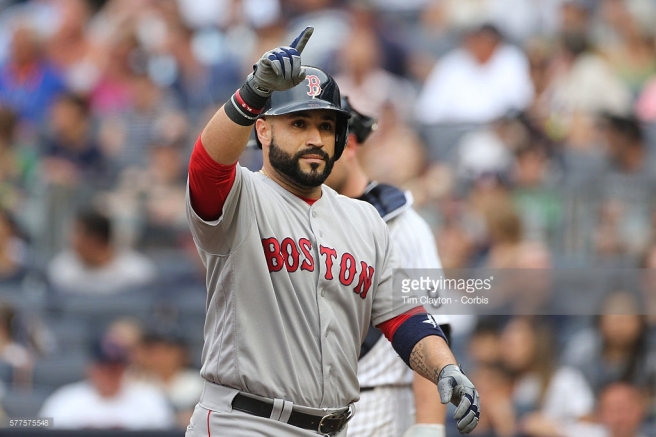 I once discussed his success in June, claiming I didn’t think he would keep up his monster pace. Of course, he isn’t still hitting over .500, but what he is doing is still something that was definitely unthinkable in 2015.

The "under-the-radar" savior of the season has definitely been Sandy Leon.
.383 AVG
7 HR
26 RBI
AND solid defense pic.twitter.com/doZHnEkOOf

Sandy was once a backup catcher during the course of three seasons and is now being considered to be the Red Sox number 1 guy behind the dish. He makes the lineup well rounded, with virtually no holes from 1-9.

Not to go unmentioned in 2016 so far, Leon has thrown out 11 of 25 runners. That’s a 44% caught stealing rate. Due to sample size, he isn’t one of the league leaders, but to put things into perspective Detroit Tigers catcher James McCann is leading the league with 54% and Buster Posey is third with 44%.

Sandy Leon's been raking so hard people forgot you shouldn't run on him https://t.co/qQWw03fXut

Sandy Leon is going to be evaluated extensively over the remainder of the year, especially if he keeps it up. Like I said before, he is making the catching situation for the Red Sox very interesting and has been a real anchor for this team and lineup.

Of course, everything we have been seeing has still been in a small sample size, but there are no signs of him showing regression or collapse.

Whatever you want to call him King of Leon, Hurricane Sandy, Sandy Ball Game, The Sand Trap, it doesn’t matter to me because as long as he is hitting any nickname will be well represented!