Ever since Danny O’Connor was a kid growing up in Framingham, Massachusetts he was very involved with the sport of boxing. It has been his passion, his life, and now he has a chance to fight for a special cause close to his heart.

Being from Framingham, the boxing culture was not all that popular besides some local names. After a troubled youth and dropping out of high school, O’Connor looked to the sport of boxing to bring some positive attention his way.

“When I was about 18 years old I found my way to the Framingham Police Athletic League Boxing gym. I was good at fighting and boxing gave me a lot of positive attention in the community after so much negative in the past.”

Danny fell in love with the sport and it is where he chose to dedicate his life. When he made the USA Olympic team at the age of 22, this is where his passion turned into a career.

Despite all of his success people may be surprised that the highlight of his career came as a result of the knockout loss to Gabriel Bracero in the first round of a PBC fight.

“There is a negative and positive in every experience. However, it is how you decide to view it. In times of difficulty, there is the most potential for growth as a human being.”

The last time O’Connor has fought was on October 10, 2015. He chose to retire from the sport of boxing because he valued his health and “disliked the brutality of the sport.” He enjoyed the hours of training and the dedication of the sport but hurting other people never brought him any satisfaction.

In his last fight he learned more about who he was and his purpose in life, which is about spending time with his family and helping others. Since last October he has been traveling to different public speaking events at different high schools through out Massachusetts telling his life experiences, as well creating an upstart mentorship program for at-risk kids in his community.

The program, which is a non-profit entity,  is called Off The Canvas. He has been running the program for the past 10 months and wishes to expand. O’Connor explained, “It’s a mentorship program for at-risk youth through young adult in the community. I use boxing and wellness as a platform to connect, support, and have a chance to open minds to healthy life decisions.”

He hopes to give them a chance to do something great in their life. Boxing has changed his life, and it is something he hopes can also help change struggling childrens’ lives. He believes it can help with shaping a healthy mind, and it’s what he has chosen to focus his foreseeable future on. “I attended UMASS Medical School for mindfulness so it is something that I have dedicated my life to.”

O’Connor announced last week that he plans on making a comeback to the professional world of boxing. The reason: his mentorship program. He only has about 75% of the start-up capital he needs for his program, so he has decided that he can use the sport to help him out. “I made a choice to go back to the sport of boxing to fight for it.” He is choosing to fight to help his program, so kids won’t have to and life can be less of a struggle for them after his program receives the appropriate funding.

He also has a personal motive.

“Whenever you have the chance to grow as a person I believe you should take it. I have never come back from a knock out before and there will be some questions that I need to answer about myself getting back in the ring. I have the chance to see fear and push past it and overcome the last fight outcome by facing what happened and getting back in the ring.” 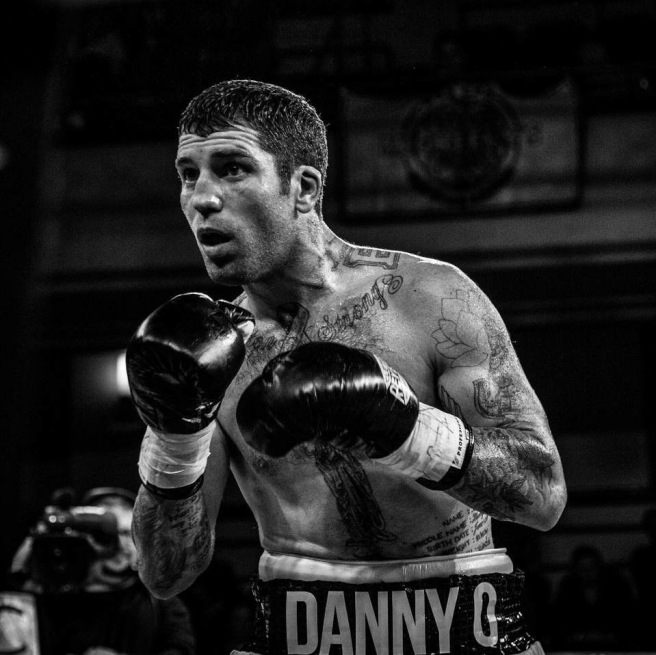 The vigorous training he has been going through for his comeback has been no easy road. He must limit unnecessary trauma as everything adds up on one’s body, especially at his veteran status. He is training now with more of a mindful approach. “I have nothing to prove and I have realized how important it is to use your mind especially in the sport of boxing. In my opinion, it is your most valued asset in the sport, but also in life.”

Now in Danny O’Connor’s life, his mentorship program is where his heart now lies. He says that after the appropriate amount of capital for his kids’ program is reached, he will retire from the sport of boxing for good. “Many fighters have a fight plan but it ends at that. I have a life plan and I hope that by fulfilling that plan it will help generations to come in my community.”

So if you haven’t already jumped on the Clan O’Connor bandwagon, I highly suggest you hop on and cheer not only him during his comeback, but also the thousands of lives he will be able to change as a result of his return.

To learn more about his cause, visit DannyOconnorBoxing.com to learn more his mentorship program and his quest to helping kids.