Last night the Red Sox honored the 1986 American League champion Boston Red Sox team. This year now marks the 30-year anniversary of the 1986 team, despite how devastatingly that season ended, the Red Sox alumni were honored. The ceremony could have been put together last night, as tonight, May 26, was the unveiling of Wade Boggs’ number retirement, which was 26. See what the Red Sox did there…

During last night’s ceremony, Boggs pulled off a stunt that confused and upset Red Sox fans. During the pre-game event, he was wearing his 1996 World Series ring that he won with the Yankees. Why he wore it, who knows? Did it stir up a lot of talk? Yes.

There are some reasons as to why he could have worn it, both intentional and unintentional.

He was upset it took this long to retire his number:

After he was elected to the Hall of Fame in 2005, the Red Sox waited over ten years to retire his number. That wouldn’t be much of an issue if it weren’t for the Devil Tampa Bay Rays who retired his number before the Red Sox, even though he played only two seasons in Tampa compared to eleven seasons in Boston. The Red Sox have stated in the past that they don’t retire numbers of players who retire on a different team. However, they have made exceptions of that policy before with Carlton Fisk who ended his career with the White Sox.

He never got offered a contract after the 1992 season:

After 11 years with the Red Sox, he batted .338 with an .890 OPS, he had 687 RBIs, over 2000 hits, over 1000 runs, 422 doubles, and 47 triples. After having so much success with the Red Sox, to not be offered a contract is mind boggling. Maybe he was trying to send a message about that, especially since his next team was the Yankees. But, that was 24 years ago, and to be holding a grudge means that Boggs was still very upset. I don’t agree with that reason either.

To be honest, I don’t see any rational reasons as to why he wore the World Series ring. The event was for the ‘86 Red Sox not any Yankee team, he is getting his Red Sox number retired, and they are commemorating him for the time he had with the Boston team. He made a conscious decision to wear it, and it definitely made Red Sox fans uncomfortable.

Good thing the Red Sox won in 2004, 2007, and 2013, because otherwise who knows how a bunch of World Series hungry Red Sox fans would react.

But, we still thank you, Wade Boggs, for everything you have done for the franchise. That, we do owe you. 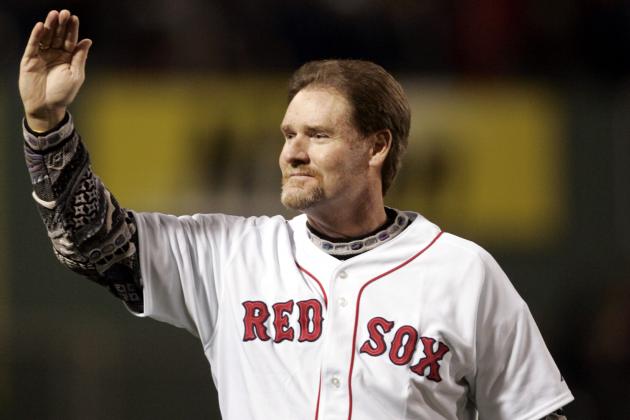